You are here: Home / Origami

Origami is the art of paper folding. In Japanese, “Ori” means “folding” and “gami” means paper.

A piece of paper is folded into small sculptures that can be simplistic or intricate. There are many techniques, some which can be learned in a matter of minutes while others can take months to master.

Why It’s Cool: Paper turns into beautiful art, without any additional supplies needed. 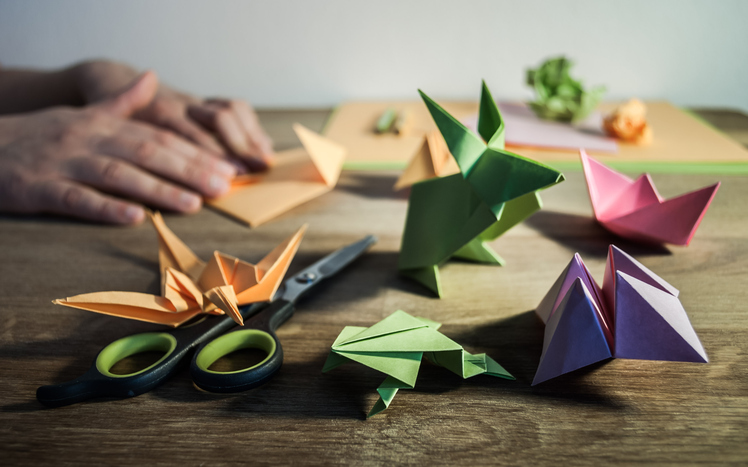 Origami paper tends to be thinner than typical paper, allowing the artist to model it in many different ways. Sometimes it is made out of wood pulp and called washi. Flowers, plants and animals are common origami subjects.

Paper is folded in either the air or on a flat surface. Some people even practice with dollar bills!

One of the neat things about origami is that the final sculptures can be action pieces, meaning that elements can move. For example, you might pull a dragon’s tail and the wings will flap and so on.